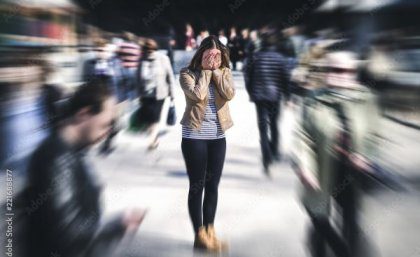 Scientists from the University of Queensland found, a bit of “junk DNA” could be the key to eradicating fear-related memories in persons suffering from post-traumatic stress disorder (PTSD) and phobia.

While researching how the genome responds to traumatic experiences, an international research effort led by Associate Professor Dr. Timothy Bredy of the Queensland Brain Institute found the novel gene.

The discovery of long non-coding RNAs (lncRNAs) required for fear extinction adds to the understanding of learning-induced epigenomic mechanisms by combining the modular function of enhancer-derived lncRNAs with key epigenomic processes involved in memory, as well as answering the long-standing question of how certain HDACs and CREB binding protein (CBP) coordinate to confer their influence on localized gene regulation with a high degree of state-dependent selectivity.

According to Dr. Bredy, until recently, scientists believed that most of our genes were made up of junk DNA that had no function.

However, when researchers started looking into these areas, they realized that most of the genome is active and transcribed.

The technology provides a fascinating way to pinpoint spots in the genome that might otherwise go undetected.

It’s like using the Hubble Telescope to look into the unexplored world of the brain.

A new gene, named ADRAM (activity-dependent lncRNA associated with memory) by the researchers, was discovered to help coordinate the construction of fear-extinction memories as well as operate as a scaffold for chemicals inside the cell.

There has been no research dedicated to understanding these genes or how they may affect the function of the brain in the context of learning and memory until today.

These findings add to the growing knowledge about experience-dependent lncRNA activity and highlight the importance of looking at enhancer-derived RNAs (eRNAs) in the adult cortex as possible treatment targets for fear-related neuropsychiatric diseases.

The researchers are now planning to focus on building methods to precisely target long non-coding RNAs in the brain that directly alter memory and hopefully develop a new therapy for PTSD and fear based on the new understanding of gene activity.