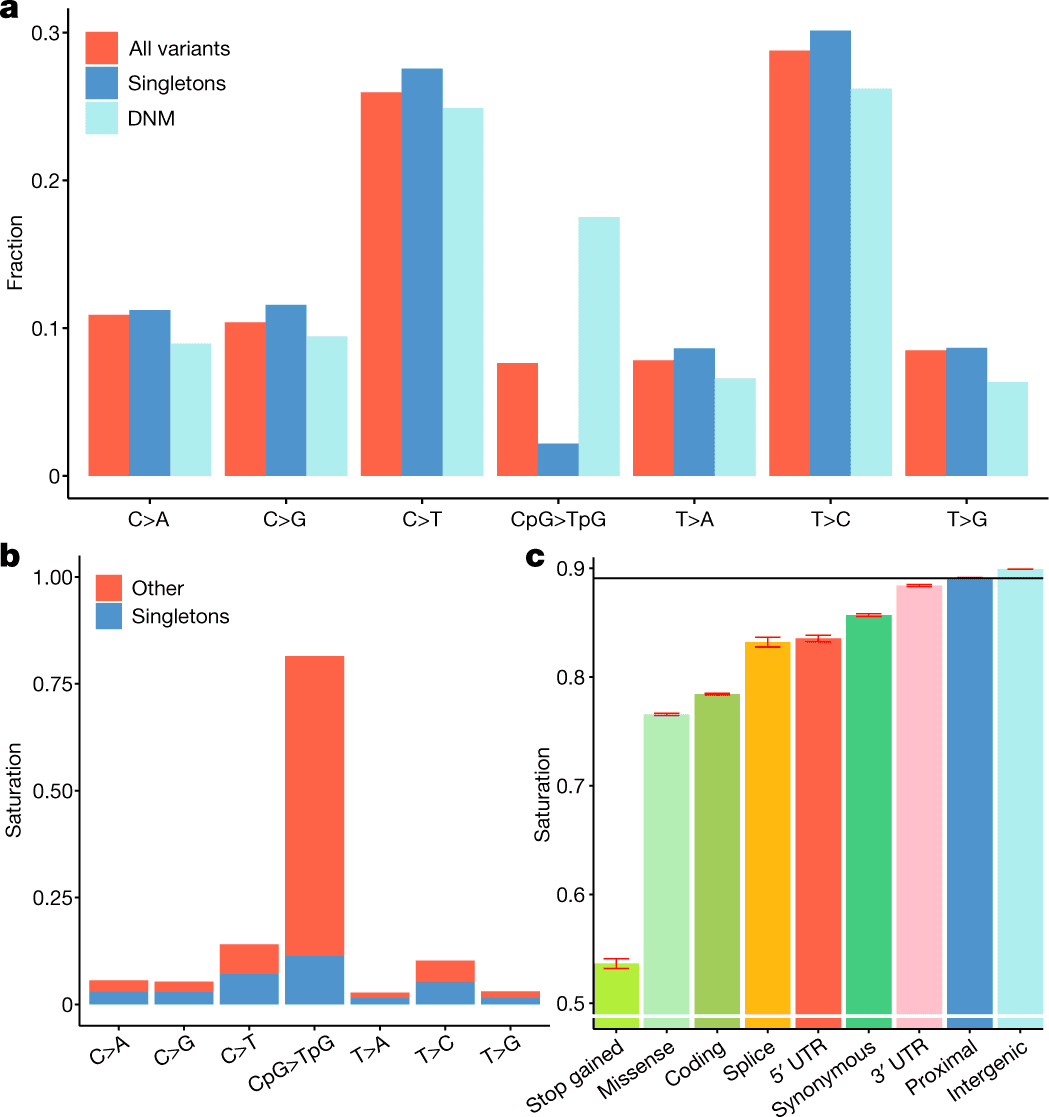 A thorough and trustworthy characterization of both sequences and phenotypic variation is necessary to gain a thorough understanding of how variations in the human genome’s sequence influence phenotypic diversity.

Large cohorts with abundant phenotypic data have been sequenced using whole-exome or whole-genome methods during the past ten years to get insights into this relationship.

Through the use of a depletion rank score of windows along the human genome, the substantial collection of variants enabled the researchers to describe selection based on sequence variation within a population.

Coding exons are only a small portion of the genome’s areas subject to significant sequence conservation, according to depletion rank analysis.

Within the UK Biobank, they categorized people into three cohorts:

In order to reliably attribute the majority of variations held by three or more sequenced individuals, a haplotype reference panel was offered.

The scientists found 2,536,688 microsatellites and 895,055 structural variations, which are normally left out of large-scale whole-genome sequencing studies.

They offered many examples of trait connections for rare variants with significant effects that were not previously discovered by research based on whole-exome sequencing and/or imputation using this powerful new resource.

With a healthy volunteer bias, the UK Biobank (UKB) documented the phenotypic variation of 500,000 participants throughout the UK.

The UKB whole-genome sequencing (WGS) consortium is sequencing each participant’s entire genome to a depth of at least 23.5 base pairs.

In this article, the scientists presented the first data release based on the WGS of 150,119 individuals, which contains a large collection of sequence variants, including single-nucleotide polymorphisms (SNPs), and short insertions or deletions (indels), microsatellites, and structural variants (SVs).

The joint execution of all variation calls across persons made it possible to compare the outcomes consistently.

The resulting dataset offers a rare chance to research human sequence diversity and how it affects phenotypic variation.

Despite the fact that SNP arrays often only capture a tiny portion of the most frequent variants in the genome, imputation can be used to survey a considerably broader collection of variants in these individuals when used in conjunction with a reference panel of WGS individuals.

However, imputation ignores individual-specific variations that are only typed on SNP arrays and yields incorrect results for variants with insufficient haplotype sharing between carriers in the reference and imputation sets.

Because WES is mostly restricted to regions that are known to be translated, it only detects a small (2–3%) percentage of the sequence variation in the human genome.

Variants outside of coding exons also appear to be functionally significant, explaining a significant portion of the heritability of traits. Variants inside protein-coding regions are relatively easy to assign functions to.

Demonstration from the Study

SNP and short indels have traditionally been the focus of large-scale sequencing studies.

These types of variants are the most prevalent in the human genome, while others, such as SVs and microsatellites, influence more base pairs overall and are therefore more likely to have functional effects.

Due to the capture stage of targeted sequencing, even the SVs that overlap exons are challenging to identify with WES due to the considerably larger variability in the depth of sequence coverage in WES studies than in WGS research.

In the study, the scientists highlighted a few discoveries made feasible by this enormous new WGS data collection that would be difficult or impossible to make using WES and SNP array datasets.

The majority of UKB data investigations to date have focused on a list of 409,554 people who self-identified as “white British” and clustered according to genetic principle components determined from microarray genotypes.

The scientists aimed to take advantage of the diversity in the UKB, similar to several recent studies.

To do this, they utilized a combination of:

The dataset produced by sequencing the whole genomes of over 150,000 UKB participants is unmatched in size and offers the most thorough analysis of the sequence variation in a single population’s germline genomes to date. The scientists identified a large number of sequences.

With the help of two sets of SNP and indel data, as well as data from microsatellites and SV, two variation classes that are typically not examined in GWAS, they described a large number of sequence variants in the WGS subjects.

When compared to the WES of the same individuals, the number of SNPs and indels is 40-fold higher.

Even inside annotated coding exons, 10.7% of variations discovered by WGS are missed by WES.

Most of the remaining genome, including functionally significant UTRs, promoter regions, and unannotated exons, are not covered by WES.

The identification of uncommon non-coding sequence variants with greater effects on height and menarche than any variants revealed in GWAS to date serves as an illustration of the significance of these regions.

Although more analysis is required to fully comprehend the DR score’s features, ramifications, and relationship to other measures of conservation and sequence constraint, the researchers anticipated it to be a valuable tool for finding genomic regions of functional importance.

A low DR score indicates that coding exons are subject to strong purifying selection, yet they consist of a very small portion of the areas with this score.

Their understanding of the function and significance of the non-coding genome is expected to be much improved by the large-scale sequencing outlined in the study, as well as the ongoing work to sequence the complete UKB.