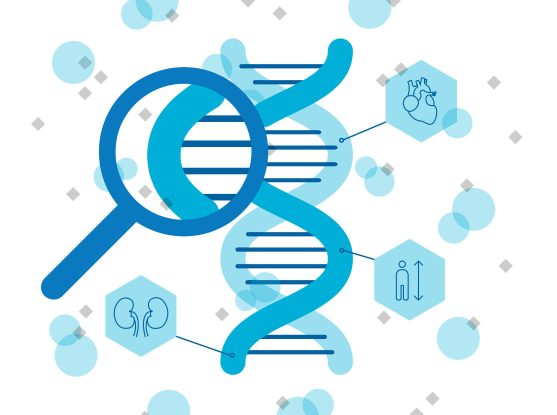 Researchers looked at data from over 200,000 people and discovered unusual genetic variations linked to diseases including diabetes and heart failure.

Last year, the UK Biobank containing a large-scale collection of genetic and health information from half a million UK participants released additional protein sequence data (exome data). After analyzing whole-exome sequencing data from around 200,000 people, researchers have discovered many new uncommon gene variations that dramatically raise the risk of, or perhaps cause, a range of cardiometabolic disorders.

Broad Institute of MIT and Harvard scientists in collaboration with the Geisinger MyCode Study, the Regeneron Genetics Center, and other institutions looked at the role of rare genetic variants in 83 distinct cardiometabolic diseases and traits, such as heart failure, diabetes, kidney disease, and high cholesterol levels, in a study published in Nature Genetics. The researchers observed 57 significant connections between these variations and attributes, some of which were previously unknown and others which were uncovered for the first time. They also discovered that between 1% to 2.4% of the patients have genetic variations connected to cardiometabolic disorders.

According to the researchers, the findings show the value of large-scale exome-wide sequencing and might aid future research into new therapies and screening strategies for people with these disorders.

“What was fascinating to me was that we were able to pick up signals for these common and rare diseases in 200,000 people that are a cross section of the population,” says Patrick Ellinor, co-senior author of the study.

During the previous decade, genome-wide association studies (GWAS) have discovered a huge number of genomic areas linked to illnesses, but they have tended to focus on common genetic variations with little impact on disease risk. Instead of studying the whole genome, the researchers concentrated on the genome’s protein-coding areas, specifically uncommon genetic mutations that disable a gene, generally known as “loss of function” (LOF) variants. The researchers discovered genes with a major or even causal role in disorders by focusing on these LOF variations, which might help scientists better understand the basic mechanisms behind these diseases.

For example, the researchers discovered that uncommon variations of the gene GIGYF1, which has previously been associated with type 2 diabetes, are responsible for a significant increase in type 2 diabetes risk.

The researchers also evaluated and explained the risk associated with Mendelian genes that have been linked to illness. They discovered that mutations in the LDLR gene and the PKD1 gene, respectively, were related to significant increases in the risk of high blood cholesterol and chronic kidney disease. With such a vast dataset to work with, the researchers also determined how common certain uncommon cardiometabolic disease variations were among the patients. They revealed that between 1% to 2.4% of people were carriers of cardiomyopathy, arrhythmia, hypercholesterolemia, and diabetes-related variations. The researchers believe that this discovery might provide information on the prevalence of pathogenic variants in the general population.

Analysis of Population Outside UK

The Broad team collaborated with partners from the Geisinger health system and the Regeneron Genetics Center to evaluate data from almost 175,000 people residing in the United States in order to reproduce their findings in a population outside of the UK. Many of the genetic connections had perfect replication, indicating that the results were not unique to the Biobank data of the UK.

“Our findings may help both geneticists and clinicians better understand the relative risk conferred by disease-causing variants,” said Sean Jurgens, co-first author of the study. “Our findings may also inspire future studies aimed at genetic screening of these cardiometabolic diseases.”