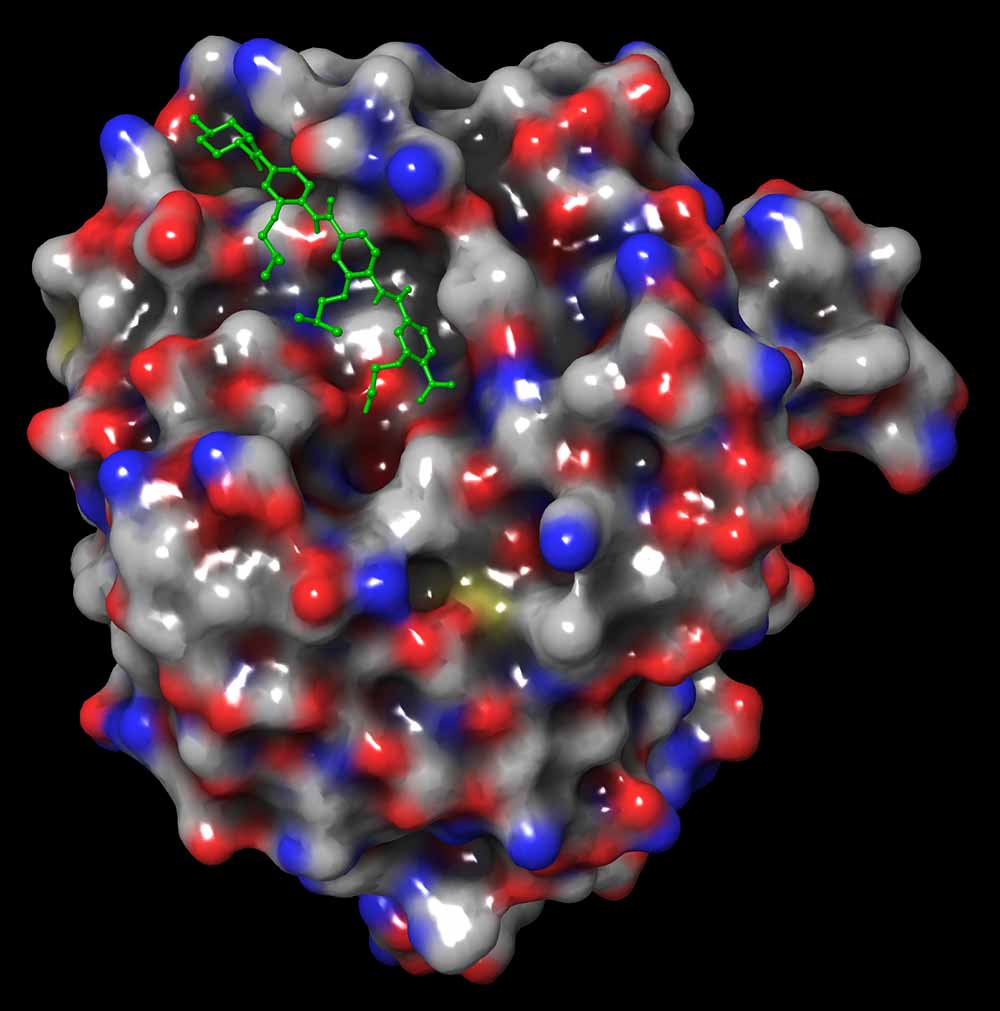 Scientists have developed ERX-41, a potent therapeutic drug with a well-defined molecular target (Lysosomal Acid Lipase, LAL) and mechanism of action (disruption of protein folding and production of ER stress) that could be useful in the treatment of patients with multiple solid cancers (Hard to Treat Cancers).

Scientists from the University of Texas, Dallas synthesized a novel chemical that kills a wide range of hard to treat cancers, including triple-negative breast cancer, by exploiting a weakness in cells not previously targeted by other medications.

The research, which was conducted in isolated cells, human cancer tissue, and human tumors produced in mice, was described in a report published online in the first week of June in the journal Nature Cancer.

Dr. Jung-Mo Ahn, a UT Dallas associate professor of chemistry and biochemistry in the School of Natural Sciences and Mathematics, has been creating tiny compounds that target protein-protein interactions in cells for over a decade. The researcher previously produced promising therapeutic candidate molecules for treatment-resistant breast cancer and prostate cancer using a structure-based rational drug design method.

In the current study, Ahn and his colleagues investigated the effects of ERX-41, a new molecule he produced, on breast cancer cells, both those with and without estrogen receptors (ERs). While there are effective treatments for people with ER-positive breast cancer, patients with triple-negative breast cancer (TNBC), which lacks estrogen, progesterone, and human epidermal growth factor 2 receptors, have limited options. TNBC is more common in women under the age of 40 and has a worse prognosis than other kinds of breast cancer.

According to Ahn, the ERX-41 compound did not harm healthy cells but destroyed tumor cells whether or not they had estrogen receptors. In fact, it was more effective at killing triple-negative breast cancer cells than it was at killing ER-positive cells.

The researchers were astonished by this at that moment and they knew it had to be targeting something in the TNBC cells other than estrogen receptors but didn’t know what it was.

According to the researchers, the ERX-41 links to a biological protein termed lysosomal acid lipase A (LIPA). LIPA is present in the endoplasmic reticulum, which is a cell organelle that processes and folds proteins.

The chemical was also tested in healthy mice, and no negative effects were identified.

Ahn remarked that the researchers took several years to figure out which proteins were influenced by ERX-41. That was the most difficult part. The researchers went through a lot of dead ends, but we didn’t give up.

Triple-negative Breast cancer is particularly sneaky since it strikes women at an early age, is aggressive, and is resistant to treatment. The researchers uncovered something that has the potential to help these people with hard to treat cancers significantly.

The substance was given to mice with malignant tumors similar to those found in humans, and the tumors shrank. The chemical was also found to kill cancer cells in human tissue taken from individuals who had tumors removed.

They also discovered that ERX-41 works against other malignancies with high endoplasmic reticulum stress, such as hard to treat cancers (pancreatic and ovarian tumors), as well as glioblastoma, the most aggressive and deadly primary brain tumor.

Ahn is a co-holder of patents on ERX-41 and related substances that have been licensed to the Dallas-based startup EtiraRX, which was co-founded by Ahn, Raj, and Vadlamudi in 2018. The company has announced that clinical trials for ERX-41 will commence in the first quarter of 2023.

In addition to researchers from UT Southwestern and UT Health San Antonio, other study authors from Howard Hughes Medical Institute’s Janelia Research Campus, Northwest A&F University in China, and the Medical College of Xiamen University in China contributed to the study.