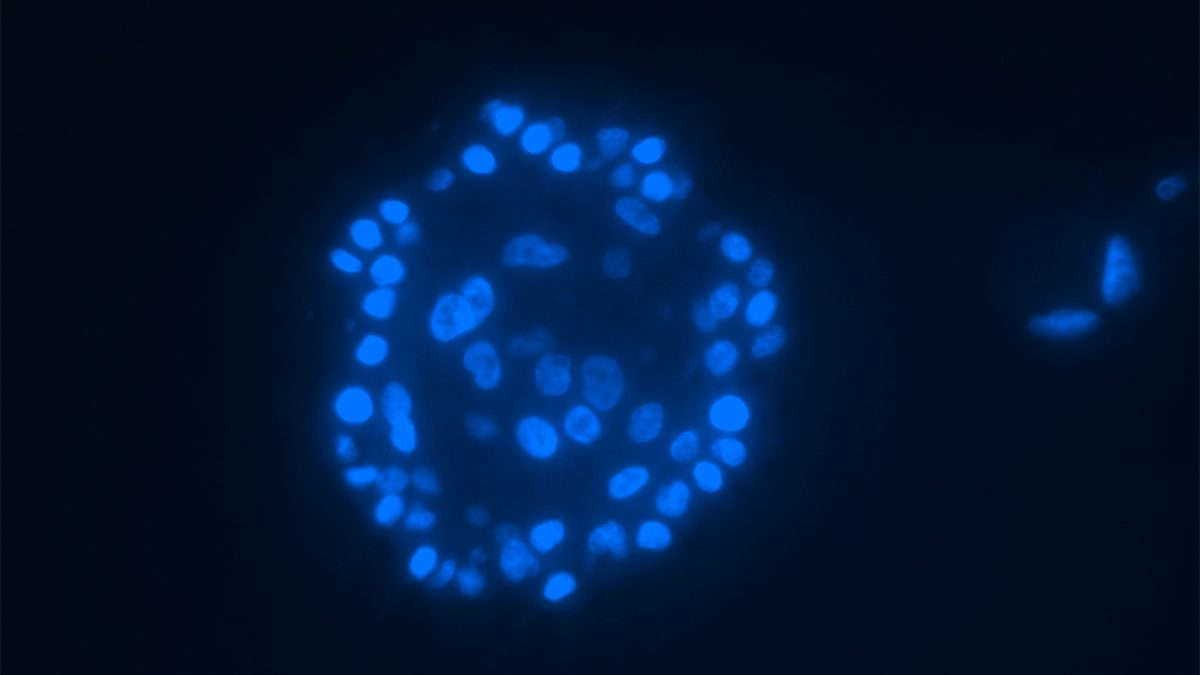 Scientists at Georgetown Lombardi Comprehensive Cancer Center have uncovered genetics and other characteristics that can predict if a woman is at risk of breast cancer recurrence, opening up new research possibilities for preventing a new tumor from growing. The discovery was made possible by Georgetown Lombardi’s sophisticated technology, which allows laboratory researchers to expand dramatically or multiply difficult-to-extract breast tissue cells.

Breast cancer is a heterogeneous disease influenced by various pathophysiologic factors such as lifestyle, environment, physiological, and genetic factors. Estimates of late breast cancer recurrence range around 15%, with hormone-positive tumors being the most likely to recur.

Clinical trials have validated several transcriptome-based breast cancer prognostic platforms, but breast cancer risk prediction profiles have yet to be fully achieved. Using RNAseq, the researchers wanted to see how much variation and pattern formation there was in the transcriptional profiles of human high-risk mammary cells.

Breast epithelial cells, or the layer of cells that create the ducts and lobes that produce milk during lactation, were the focus of the study. These cells were taken from non-cancerous tissue donated from the same breast that had malignant tissue removed during a mastectomy by the researchers. The researchers were hunting for a variety of characteristics that could trigger recurrence, but their principal aim was the transcriptome, which is the entire collection of RNA sequences in a cell that helps control when and where each gene is switched on or off.

Even when surgical procedures improve, invisible microscopic tumor pieces can survive and play a role in breast cancer recurrence in up to 15% of women, often years after surgery; persons with hormone-receptor-positive breast cancer are at the highest risk of recurrence.

The researchers discovered dramatically changed RNA in enlarged epithelial cells in women who had chemotherapy before surgery. They noticed significant alterations in genes previously identified as cancer prognostic markers.

“When a person is diagnosed with breast cancer, we have several tools, including testing for genes such as BRCA1/2, to decide whether they should get certain kinds of chemotherapy or just receive hormonal therapy. But the tools we have are not as precise as we would like,” said Priscilla Furth, MD, professor of oncology and medicine at Georgetown Lombardi and corresponding author of the study. “About one in eight women are diagnosed with breast cancer in the developed world. We hope that our findings will help lead to more precise and directed screening in the future, sparing women unneeded procedures as we currently screen almost all women between the ages of 40 to 70, sometimes very aggressively.”

The researchers also mentioned that some of the RNA changes were linked to the production of mammary stem cells, which could have consequences for women who have never had breast cancer. Self-renewing stem cells are linked to growth and development. Adult stem cells that can develop or alter function into specialized mammary epithelial cells are called mammary stem cells. There is a higher risk of cancer if these cells become dysregulated. The researchers were particularly interested in cells from pregnant women because pregnancy commonly causes extra renewing cycles in a cell, potentially raising the risk of cancer.

The conditionally reprogrammed cells (CRC) technology, which was devised and patented at Georgetown, considerably benefited this research endeavor. The epithelial cells in this investigation were isolated using CRC. CRC is the only system that can generate both healthy and cancer cells indefinitely; millions of new cells can be grown in a week. One of the significant challenges in researching these cells was that epithelial cell cultures were frequently contaminated with other cell types, particularly fibroblasts, which grow rapidly in culture while epithelial cells develop slowly. Primary tumor cells can be difficult to isolate as well, however, the researchers found that utilizing the CRC methodology was more successful than using the traditional approach.