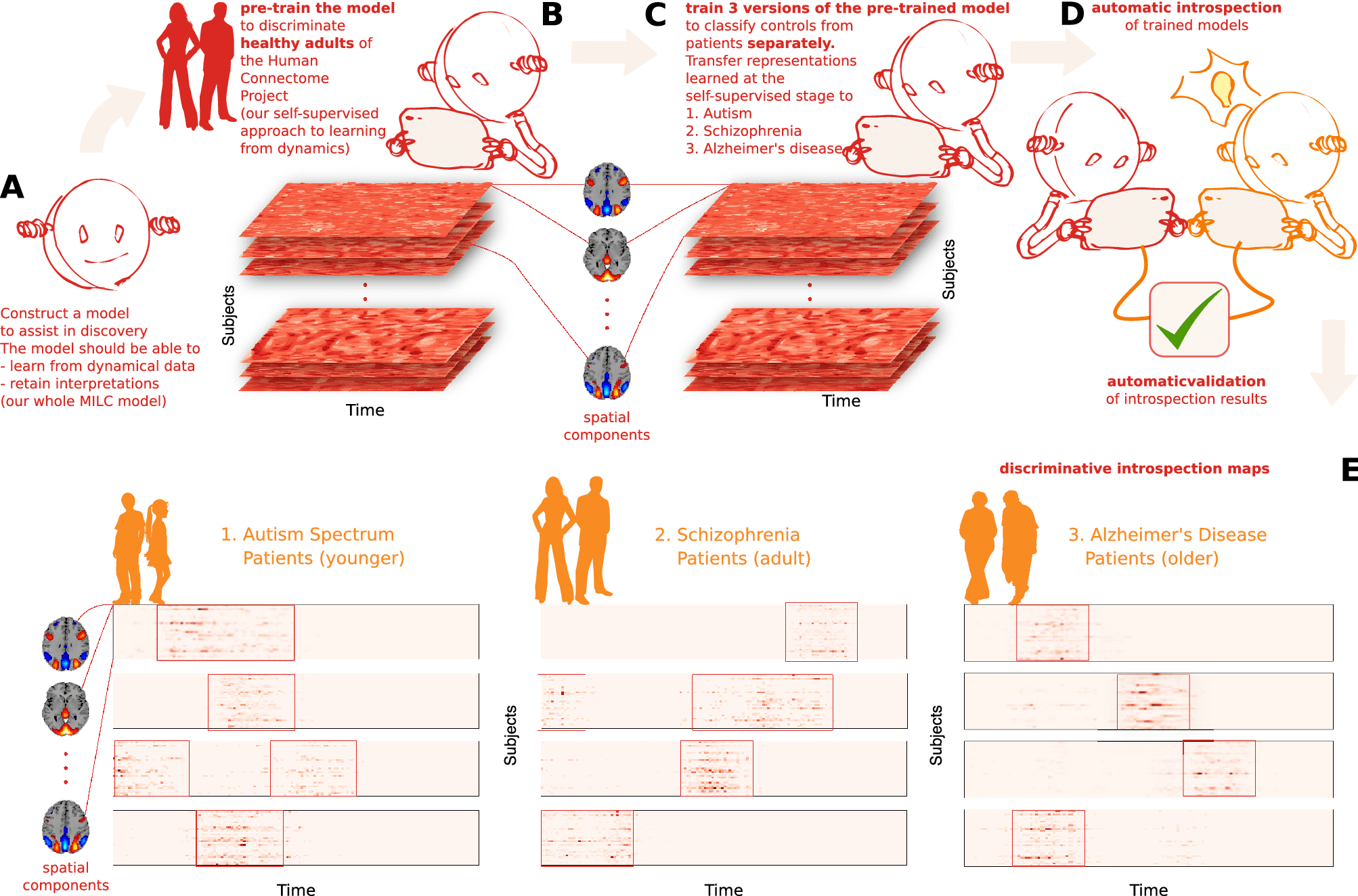 Although exceedingly complicated, brain dynamics are the key to understanding how the brain functions and malfunctions. Functional magnetic resonance imaging resting-state dynamics are noisy, high-dimensional, and difficult to understand.

The conventional method of focusing on the most predictive elements and reducing this data to low-dimensional features contains a number of strong assumptions that run the risk of omitting critical facets of the underlying dynamics. However, introspection of discriminatively trained deep learning models may reveal aspects of the signal that are relevant to disorders at the level of specific time points and spatial locations.

According to Sergey Plis, the study’s lead author and an associate professor of computer science and neuroscience at Georgia State University, the researchers built artificial intelligence models to analyze the significant amounts of data from fMRI.

The researchers compared this kind of dynamic imaging to a movie rather than a snapshot like an x-ray or the more well-known structural MRI. The accessible data is much larger and richer than a blood test or a standard MRI. But the difficulty of understanding so much data is the issue.

Furthermore, obtaining fMRIs in these specific circumstances is expensive and challenging. However, with the application of an artificial intelligence model, the regular fMRI’s can be data mined. And those are available in large numbers.

According to one of the study’s authors and founding director of the TReNDS Center, Vince Calhoun, individuals without a confirmed clinical condition have access to large databases. The inclusion of these large but unrelated public datasets improved the model’s performance on smaller, more targeted datasets.

Calhoun further explained new patterns formed that could be categorically attributed to each of the three brain disorders.

The AI models were initially trained on a dataset of more than 10,000 individuals, where they were introduced to the foundations of fMRI imaging and brain activity. The researchers then employed multi-site data sets of over 1200 individuals, including those with Alzheimer’s disease, schizophrenia, and an autism spectrum disorder.

How does it work? The process is comparable to how Facebook, YouTube, or Amazon get to understand you from your online behavior and begin to predict your future behavior, likes, and dislikes. Even more impressively, the computer software identified the precise “time” when the brain imaging data most strongly revealed a relationship with the pertinent mental condition.

To be therapeutically valuable, these findings must be applied prior to the onset of a condition.

According to Calhoun, we might be able to take action if we can determine the Alzheimer’s disease risk factors in a 40-year-old and predict that risk using markers.

Similar to this, if schizophrenia risks can be identified before real changes in brain structure, there might be ways to deliver better or more effective therapies.

Even if it is known through prior testing or family history that someone is at risk for a disease like Alzheimer’s, Calhoun said it is still not possible to predict precisely when it will occur. Brain imaging could reduce that window by identifying pertinent patterns as soon as they appear before a clinical illness becomes apparent.

The plan, according to Plis, is for our AI models to analyze a vast imaging dataset and then inform us of what they learned about certain disorders. In order to acquire new knowledge that we are unable to achieve on our own, we are developing systems.

Md. Mahfuzur Rahman, the study’s first author and a doctoral student in computer science at Georgia State University, stated that bridging vast worlds and massive datasets with tiny worlds and disease-specific datasets and moving towards markers relevant for clinical decisions was the study’s stated purpose.