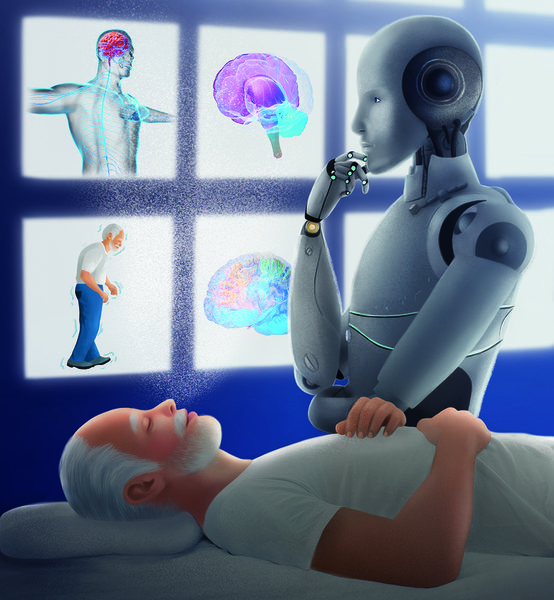 Scientists from MIT developed a device resembling a Wi-Fi router that employs a neural network to detect the presence and severity of the most rapidly growing neurological disease in the world, Parkinson’s disease.

Parkinson’s disease (PD) affects more than 1 million Americans as of 2020, causing $52 billion in economic costs each year. Drugs have not yet been developed to reverse or stop this disease’s progression. The lack of adequate diagnostic biomarkers is one of the major challenges in drug development and disease management for Parkinson’s disease. Clinical symptoms, mainly in the form of tremors and rigidity, are usually used to diagnose the disease. The disease is usually not diagnosed until several years after the onset of motor symptoms. Consequently, new diagnostic biomarkers, especially those that can detect the disease early, are urgently needed.

Cerebrospinal fluid, blood biochemicals, and neuroimaging are among the potential PD biomarkers with good accuracy. It is, however, difficult and expensive to test these biomarkers frequently to provide early diagnosis or to track disease progression continuously due to their invasive nature and need for access to specialized medical centers. According to James Parkinson’s work from 1817, PD and breathing are related. The link between breathing disorders and brain stem degeneration was further confirmed by later studies that documented weakness in respiratory muscle function and sleep breathing problems. This may suggest that respiratory symptoms could be helpful for assessing risk before clinical symptoms manifest since they often appear years before clinical motor symptoms.

With the use of nocturnal breathing, a new artificial intelligence-enhanced system can detect, predict, and track Parkinson’s disease severity over time. Individuals can wear a breathing belt on their chest or abdomen to collect breathing signals in one night. An alternative method of collecting breathing signals without wearable devices is to transmit a low-power radio signal and measure its reflection off the body. The design of this model includes a unit that learns an auxiliary function to predict nocturnal breathing’s quantitative electroencephalogram (qEEG), preventing overfitting and making interpretation of the model’s output easier. Using this system, one can provide a noninvasive, low-cost, objective, and repeatable diagnostic and progression digital biomarker for patients at home.

Using nocturnal breathing, AI can accurately assess the severity and progression of PD in people who have the disease. An independent external cohort of PD patients validated the results. It is clear from the results that a new digital biomarker could be developed for Parkinson’s disease. A number of desirable properties are associated with this biomarker. As a pathological and diagnostic biomarker, it is useful both in diagnosis and in tracking progress. Neither a patient nor a clinician can contribute to its subjective nature because it is objective. The measurement can be done in the person’s own home without invasive procedures. Wireless signals are also used to monitor breathing, allowing measurements to be collected every night without touching anything.

Several implications can be drawn from the results. To begin with, this approach can reduce the cost and duration of PD clinical trials, which will facilitate drug development. Many pharmaceutical companies lack interest in developing new therapies for Parkinson’s disease because of the cost and time involved in drug development. Due to PD’s slow progression, current methods for tracking disease progression are insensitive and cannot detect slight changes, therefore, it takes several years to detect disease progression. A biomarker based on artificial intelligence appears to be more sensitive to progressive changes in Parkinson’s disease. In addition to reducing cost and speeding up progress, this can help shorten clinical trials. The advantages of this approach are that the measurements can be collected at home, and patient churn can be minimized.

Approximately 40% of people with Parkinson’s disease do not receive any care from PD specialists. Due to their concentrations in urban areas, PD specialists are hard to reach by patients because they reside geographically dispersed, are elderly, or have limited mobility. We the help of this approach, one can easily extend healthcare services to underserved communities by providing a passive means of assessing disease severity at home and monitoring changes in patient status.

The third benefit of the system is that it can be used to detect PD early on. A clinical motor symptom of PD must be present for a diagnosis to be made, which develops after 50–80% of the dopaminergic neurons are already degenerating. As a result of this system, preliminary evidence is shown that it may be able to provide risk assessments before clinical motor symptoms are present. A passive monitoring system can be installed in the homes of PD patients and at-risk individuals (for example, individuals carrying LRRK2 gene mutations) to provide feedback to their healthcare providers. The clinician could follow up with the patient via telehealth or a visit to the clinic if the model detects PD severity escalation in PD patients or conversion to PD in high-risk individuals. Such use patterns require further research in order to determine their feasibility and potential impact on clinical practice.

Using AI to address challenges in neuroscience research and develop new biomarkers can support medicine. In spite of the fact that several respiratory symptoms associated with Parkinson’s disease have been reported in the medical literature, including weakness of respiratory muscles, sleep breathing disorders, and brain degeneration, physicians today cannot diagnose PD or assess its severity through breathing without the AI-based model. As a result, AI is able to provide new clinical insights that may not otherwise be available.