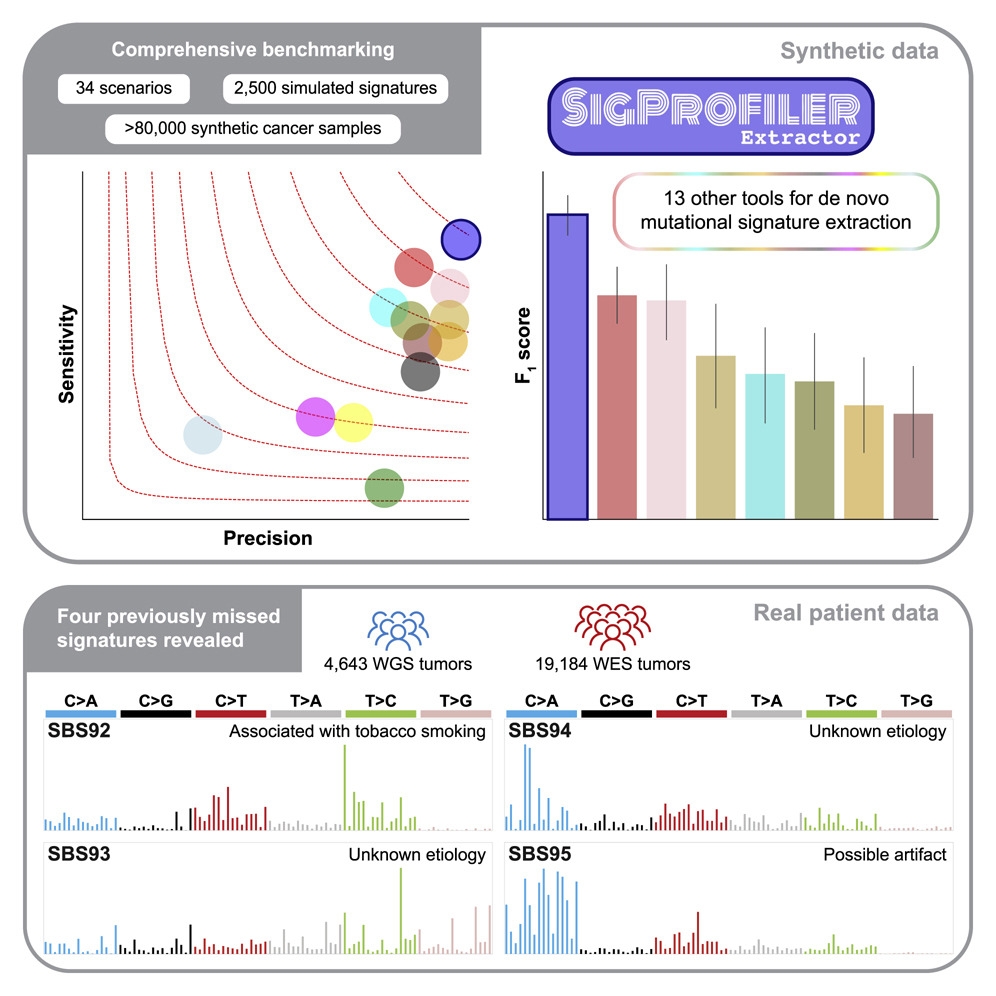 A new powerful machine learning tool, ‘SigProfilerExtractor‘ has identified a link between bladder cancer and tobacco smoking. The study was led by researchers at the University of California San Diego School of Medicine and published in the journal Cell Genomics. The study may help researchers determine what environmental factors could cause cancer in certain patients, such as exposure to tobacco smoke and UV rays.

The analysis of mutational signatures is commonly used in cancer genomic studies. This study uses 34 scenarios encompassing 2,500 simulated signatures found in 60,000 synthetic genomes and 20,000 synthetic exomes to benchmark SigProfilerExtractor against another 13 bioinformatics tools and to present SigProfilerExtractor, an automated tool for de novo mutational signature extraction.

SigProfilerExtractor outperforms other approaches in simulations with 5% noise, reflecting high-quality datasets by revealing 20% to 50% more true-positive signatures while yielding five times fewer false positives. Four novel signatures can be identified by applying SigProfilerExtractor to whole-genome and whole-exome sequences of 4,643 cancers. One of the signatures is associated with tobacco smoking, and two are confirmed in independent cohorts. A comprehensive benchmarking of bioinformatics tools for extracting mutational signatures is presented in this report, as well as several novel mutational signatures, including one attributed to direct tobacco smoking mutagenesis in bladder tissues.

Cancer genomes contain somatic mutations that result from endogenous and exogenous mutational processes that have occurred throughout the cell’s lineage. A typical pattern of somatic mutations has been identified for specific environmental carcinogens by examining TP53 mutations in cancers. Next-generation sequencing data and novel computational approaches have enabled the separation of the signatures of individual mutagenic processes in cancer genomes. There are more than 100 distinct signatures in cancer genomes, some of which are related to environmental carcinogen exposure, failures of DNA-repair pathways, infidelity or deficiency of replicating polymerases, and iatrogenic events. Both cancer prevention and cancer treatment have been aided by mutational signatures.

De novo extraction tools have not been extensively benchmarked, which leaves uncertainty about their performance.

The purpose of this paper is to address these limitations by providing SigProfiler Extractor-a reference tool for the extraction of mutational signatures de novo. It analyzes all types of mutational classifications, performs an automatic selection of signatures, yields robust solutions, requires only minimal setup, and decomposes de novo extracted signatures to known COSMIC signatures. With 3,608 unique matrix decompositions across 34 distinct scenarios using SigProfilerExtractor and 13 other tools, a comprehensive benchmark demonstrated that SigProfilerExtractor can handle noise effectively and outperforms all other computational tools in the extraction of mutational signatures de novo.

For de novo extraction of mutational signatures from noiseless datasets as well as from datasets containing various levels of random noise, including synthetic data emulating WGS and WES cancers, SigProfilerExtractor outperforms 13 other tools. When compared to any of the other tools, SigProfilerExtractor generates fewer FP signatures and identifies more TP signatures. Using a model-selection algorithm, de novo extraction determines the number of operative signatures based on both a factorization approach and a model-selection algorithm.

Optimizing the tool to make it more user-friendly and personalized

Across the genomic landscape, mutational signatures are assumed to accumulate linearly and independently. The assumption may hold true for most signatures of small mutational events, such as substitutions, insertions, and deletions, but it may be challenged by larger mutational events, such as most copy-number signatures. Moreover, a prior study demonstrated that at least one substitution signature is not a superposition of individual alterations. Due to their frequent occurrence in cancers with concurrent loss of both polymerase proofreading and mismatch repair, current benchmarking ignores such scenarios. Last but not least, the study focused on benchmarking the de novo extraction of mutational signatures from large sets of tumor samples, not on assigning signatures to particular cancer genes. Future benchmarking efforts will be necessary to determine the accuracy of the assignment of mutational signatures to specific cancers.

The team hopes to develop a web-based tool that can be used by more researchers to profile more patients.