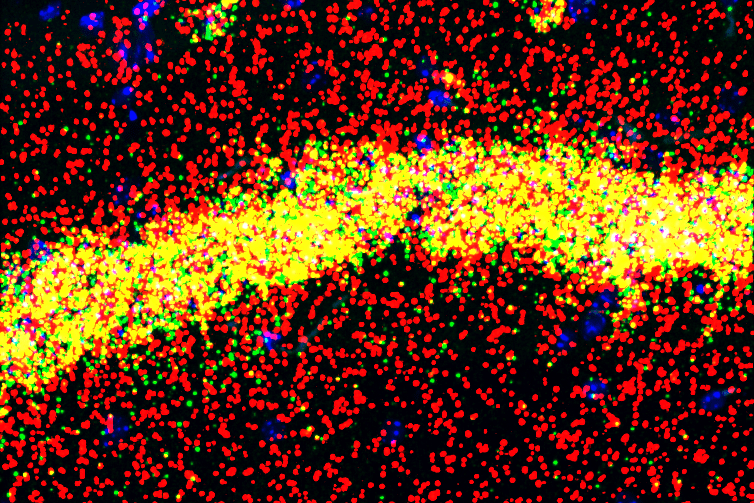 Researchers from the Rockefeller University, United States revealed that FMRP, a protein that has been linked to fragile X syndrome, intellectual impairment, and some types of autism, has been found to play a critical role in various brain activities, assisting in the regulation of synaptic connections between neurons.

When we memorize a password or learn to play the cello, what occurs within our neurons? The study of settings in which cognitive development is impaired has contributed to some of our basic knowledge of learning and memory.

A new study reveals that this protein’s function is more complex than previously thought. FMRP has two functions, according to the scientists who studied memory neurons in the hippocampal area of the mouse brain. It modulates proteins essential for strengthening connections with other neurons inside a neuron’s extensions, or dendrites. FMRP, on the other hand, governs the overall status of gene expression in the neuron inside the cell body.

Over 100 billion neurons make up the brain, which works together to build huge networks that convey electrical information. Dendrites are branch-like structures that receive electrical messages from other neurons. The signals subsequently move to the neuron’s cell body. They fire a new signal through a single outbound projection known as the axon, which is attached to the dendrites of other neurons if their sum surpasses a threshold.

A single neuron contains thousands of dendrites, each of which receives input from a separate axon, and it is assumed that the strengthening and weakening of these dendritic connections allow humans to learn and remember.

Messenger ribonucleic acids (mRNAs) are molecules found in dendrites that serve as templates for the production of proteins. Axonal impulses reaching the dendrites can cause these mRNAs to produce new proteins, which strengthen or decrease the connections between the two neurons, which are thought to be required for long-term memory formation.

The researchers studied mRNAs in the dendrites and cell body of a specific kind of neuron involved in memory in mice using genetic and bioinformatics methodologies.

“By micro-dissecting the brain tissue, we were able show that this protein controls distinct functions at different cellular locations,” says Robert B. Darnell, senior author of the paper.

The results, published in the journal eLife, might lead to new insights into the systems that underpin learning and memory, intellectual impairment, and autism.

Every memory involves a change in the strength of synapses between neurons, whether it is creating or fading. A neuron can adjust synaptic strength as incoming communication arrives in the form of an electric signal, for example, by adding new receptors or eliminating old ones, an update that necessitates the rapid production of a deluge of new proteins.

The dendrites of the cell, which are loaded with RNA molecules ready to be translated into proteins, are where this protein creation takes place. FMRP functions as a switch, slowing translation by binding to RNA sequences and then resuming it when it dissociates from the RNA.

FMRP has been found to directly bind and control over 900 RNAs. Darnell and his colleagues used molecular genetics to label individual mouse neurons and then removed synapses as well as cell bodies by hand to separate them in order to better understand the protein’s involvement in learning and memory. After that, they utilized CLIP, a method developed in the lab for freezing protein-RNA complexes in situ and analyzing their composition.

FMRP was found attached to RNAs in the dendritic fraction, and the protein products of these RNAs can alter synaptic responsiveness.

RNAs that code for chromatin modifiers, proteins that control gene expression by entering the cell nucleus and attaching chemical tags to DNA, bind to a separate set of RNAs within the cell body of the same neuron at the same time.

The findings show that FMRP aids in the establishment of a feedback loop between the nucleus and dendrites, a process that Darnell believes may allow for crosstalk between a cell’s command center and its thousands of far-flung extensions, so keeping the synaptic response under control.

“If neurons weren’t under tight control, they could keep getting more and more excited, ultimately leading to a seizure, a phenomenon seen in fragile X syndrome,” he says. “The system is built to contain itself.”