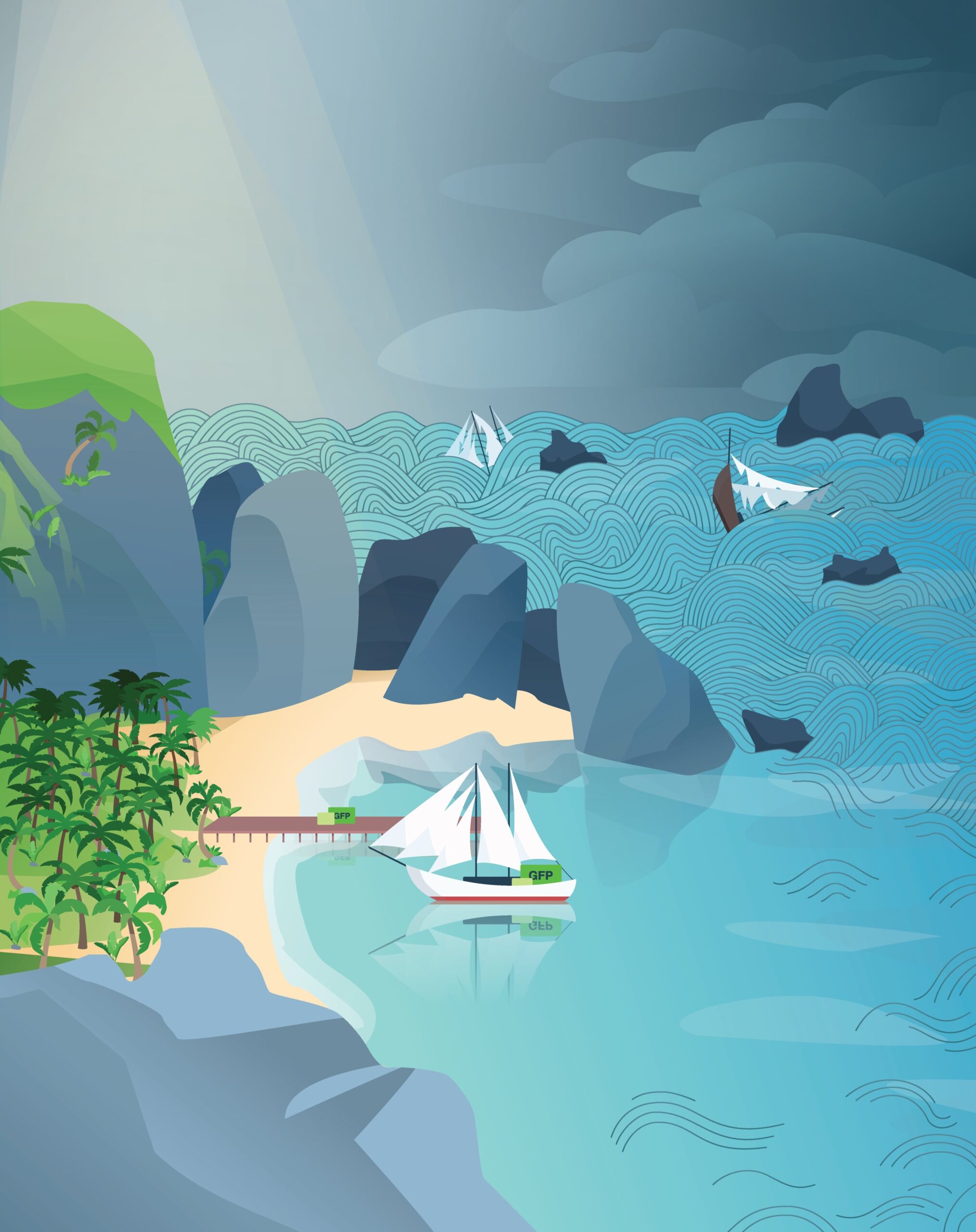 According to the researchers, “genomic safe harbors (GSHs)” could enhance the efficacy, persistence, and predictability of future gene and cell therapies that are used to treat diseases such as cancer, rare genetic disorders, and other conditions. These locations in the human genome can safely incorporate new therapeutic genes without generating other unwanted alterations in the cell’s genome that could endanger patients.

Choosing GSHs with clinical translation potential has proven as challenging as finding a landing place for a spaceship on the moon, which must be on a smooth and accessible landscape, not too steep and surrounded by enormous hills or cliffs, have excellent sight, and allow for a safe return. Similarly, a GSH must be accessible using genome editing tools, be devoid of physical barriers such as genes and other functional sequences, and enable high, stable, and safe production of a “landed” therapeutic gene.

Only a few possible GSHs have been investigated thus far, and they all come with limitations. They are either positioned in genomic areas densely populated with genes or include genes that play a role in cancer formation that could be mistakenly triggered. Furthermore, putative GSHs have not been examined to include regulatory elements that, not being genes themselves, can control gene expression from afar, nor for whether inserted genes alter global gene expression patterns in cells throughout the whole genome.

The researchers devised a computer method for identifying GSH sites that have a substantially better potential for the safe insertion of therapeutic genes and their long-term expression in various cell types. The scientists performed in-depth validation for two of the 2,000 anticipated GSH sites, considering adoptive T cell treatments and in vivo gene therapies for skin disorders. They proved safe and long-lasting production of the newly inserted genes by designing the discovered GSH sites to carry a reporter gene in T cells and a therapeutic gene in skin cells, respectively.

“While GSHs could be utilized as universal landing platforms for gene targeting, and thus expedite the clinical development of gene and cell therapies, so far no site of the human genome has been fully validated, and all of them are only acceptable for research applications,” expressed George Church, a Wyss Core Faculty member and a senior author on the study. “This makes the collaborative approach that we took toward highly-validated GSHs an important step forward. Together with more effective targeted gene integration tools that we develop in the lab, these GSHs could empower a variety of future clinical translation efforts.”

Scanning the genome to identify GSHs

The researchers used the plethora of available sequencing data from human cell lines and tissues to build a computational process that allowed them to anticipate sections of the genome with potential for usage as GSHs. “In this step-by-step whole-genome scan, we computationally excluded regions encoding proteins, including proteins that have been involved in the formation of tumors, and regions encoding certain types of RNAs with functions in gene expression and other cellular processes. We also eliminated regions that contain so-called enhancer elements, which activate the expression of genes, often from afar, and regions that comprise the centers and ends of chromosomes to avoid mistakes in the replication and segregation of chromosomes during cell division,” said the first author of the study Erik Aznauryan. “This left us with around 2,000 candidate loci all to be further investigated for clinical and biotechnological purposes.”

The researchers randomly chose five GSH sites from the 2,000 found and studied them in standard human cell lines by adding reporter genes into each of them using a CRISPR-Cas9-based genome editing method. “Two of the GSH sites allowed particularly high expression of the inserted reporter gene — in fact, significantly higher than expression levels achieved by the team with the same reporter gene engineered into two earlier-generation GSHs. Importantly, the reporter genes harbored by the two GSH sites did not upregulate any cancer-related genes,” said Aznauryan. This is also conceivable because when an additional gene is added, regions far apart in the genome in the linear DNA sequence of chromosomes come close together in the three-dimensional genome. The various portions of folded chromosomes contact each other, which may impact jointly.

The researchers analyzed the two most interesting GSH sites in human cell types with interest in cell and gene treatments in immune T cells and skin cells, respectively. T cells are employed in a variety of cancer and autoimmune disease adoptive cell treatments that may be made safer if the receptor-encoding gene was stably introduced into a GSH. Also, skin illnesses caused by damaging mutations in genes governing the activity of cells in distinct skin layers might be treated by inserting a healthy copy of the mutant gene into a GSH of dividing skin cells that replace those layers and expressing it for a long time.

“We introduced a fluorescent reporter gene into two new GSHs in primary human T cells obtained from blood, and a fully functional LAMB3 gene, an extracellular protein in the skin, into the same GSHs in primary human dermal fibroblasts, and observed long-lasting activity,” stated Milanova. “While these GSHs are uniquely positioned to improve on levels and persistence of gene expression in parent and daughter cells for therapeutics, I am particularly excited about emerging ‘gain-of-function’ cellular enhancements that could augment the normal function of cells and organs. The safety aspect is then of paramount importance.” Milanova is working on a platform for genetic rejuvenation and upgrades, emphasizing skin rejuvenation, alongside an entrepreneurial team at the Wyss.

“An extensive sequencing analysis that we undertook in GSH-engineered primary human T cells demonstrated that the insertion has minimal potential for causing tumor-promoting effects, which always is the main concern when genetically modifying cells for therapeutic use,” stated Sai Reddy, Associate Professor Of Systems And Synthetic Immunology at Eth Zurich and senior author of the research group. “The identification of multiple GSH sites, as we have done here, also supports the potential to build more advanced cellular therapies that use multiple transgenes to program sophisticated cellular responses; this is especially relevant in T cell engineering for cancer immunotherapy.”

“This collaborative interdisciplinary effort demonstrates the power of integrating computational approaches with genome engineering while maintaining a focus on clinical translation. The identification of GSHs in the human genome will greatly augment future developmental therapeutics efforts focused on the engineering of more effective and safer gene and cellular therapies,” said Donald Ingber, the Founding Director of Wyss.