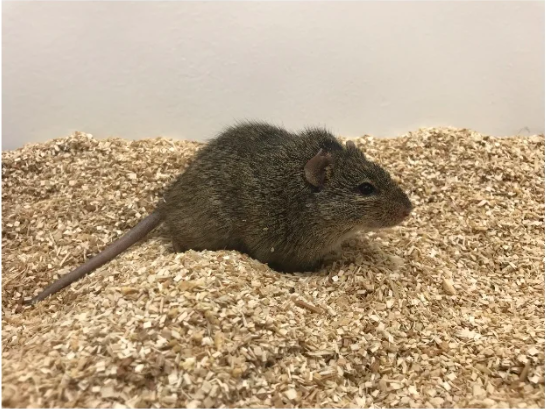 A research team led by Yury V. Bukhman from the Morgridge Institute for Research has put forth a reference genome with haplotype-resolved assemblies and gene annotations deciphering the Nile Rat (Arvicanthis niloticus) as a carbohydrate-sensitive model for diabetes research.

An animal model is a living, genetically engineered organism used for research and investigating human diseases. Animals such as mice, rats, flies, worms, zebrafish, etc., are widely used to understand the genetic underpinnings and behavioral analysis of pathological conditions. Researchers have found significant molecular mechanisms in biological processes relevant to human health thanks to the high-throughput genomes of the house mouse (Mus musculus) and Norway rat (Rattus norvegicus). However, even frequently used nocturnal animal models do not adequately represent a wide range of human features.

With mice and rats being nocturnal, it is not the perfect model to study human circadian cycles (studies have shown that circadian disruption impairs pancreatic beta cell function and insulin sensitivity, which results in impaired glucose tolerance). Although a high-fat diet can also cause these models to experience pre-diabetic symptoms, they hardly ever experience long-term diabetic consequences like people with the illness do. No single animal model has shown the capability to mirror the complications of long-term human diabetes mellitus.

Like people, the Nile or African grass rats (Arvicanthis niloticus) are diurnal by nature. They are a suitable subject for investigations on diabetes mellitus because they also have retinal cones and photoreceptors that are similar to those of a diurnal animal. Without any chemical or genetic intervention, Nile rats are likely to acquire diabetes mellitus when fed a high-energy diet in a lab setting. On the other hand, the mice and Norway rats frequently exhibit resistance. The Nile rat, however, cannot be used as a reliable animal model for diabetes research since it lacks a reference genome.

Therefore, the current study by Toh et al. provides the first high-quality diurnal rodent genome with two whole parental genome assemblies that have been haplotype-resolved. The correct interpretation of therapeutically crucial genetic variation is made possible by haplotype-resolved genome sequencing. The A. niloticus sequence resolved gene duplications, as well as more than 30000 genes and pseudogenes, have been annotated. Comparative genomics investigations were also performed where the Nile rat reference genome was correlated with the genomes of other murine species, particularly the house mouse, to find sequences that may connect to diet-induced diabetes.

The scientists used a database known as BUSCO (Benchmarking Universal Single Copy Orthologs), which offers a set of genes frequently present in the phylogenetic group of interest, in this case, rodents, to evaluate the Nile rat sequence.

According to computational biologist Bukhman, the reference sequence is practically on par with the other rodent model organisms, with 99% of the BUSCO genes having entire sequences. Therefore, there aren’t many gaps in the protein-coding sequence, according to the study.

Using similar bioinformatic pipelines to those used in house mice and Norway rats, it was discovered that 47.2% of the Nile rat genome is made up of repetitive DNA. Nile Rat gene annotation was carried out by TOGA (Tool to Infer Orthologs from Genome Alignments) with 17,149 intact ancestral genes compared to 17,282 in the model organism Mus musculus. The Nile rat genome showed no evidence of the excess mutation-prone genes observed in other rodent species.

Haplotype-resolved assembly displayed all forms of heterozygosity, including Single nucleotide variations and also structural variations (such as indels and structural polymorphisms). The overall level of heterozygosity was found to be compatible with an outbred organism. The rate of de novo germline alterations in the Nile rat was also sequenced. Researchers also identified various evolutionary events impacting the genes linked to type 2 diabetes by comparing the Nile rat with other rodent species.

The Nile rat is useful as an outbred model, meaning its genetics represent a diverse population. For years, numerous breeds of laboratory mice have been inbred, resulting in stable populations that are almost genetically identical, lowering experimental variability but less so when researching the intricate genetic causes of disease.

According to Yury Bukham, we, as researchers, require research instruments that will allow us to carry out the same tasks with the Nile rat that we do with lab mice, and sequencing the reference genome is a step in the right direction.

It was found that segmental duplication and retrotransposition are two critical factors in genome evolution, including the emergence of novel genes. Toh et al. witnessed these genetic occurrences in high degrees of detail by comparing reference-quality assemblies of closely related species. Future research is necessary to assess these new genes’ capacity to express functional proteins and their effects on the biology of the Nile rat. The team hopes that the availability of the genome of this notable species will encourage and facilitate further studies.