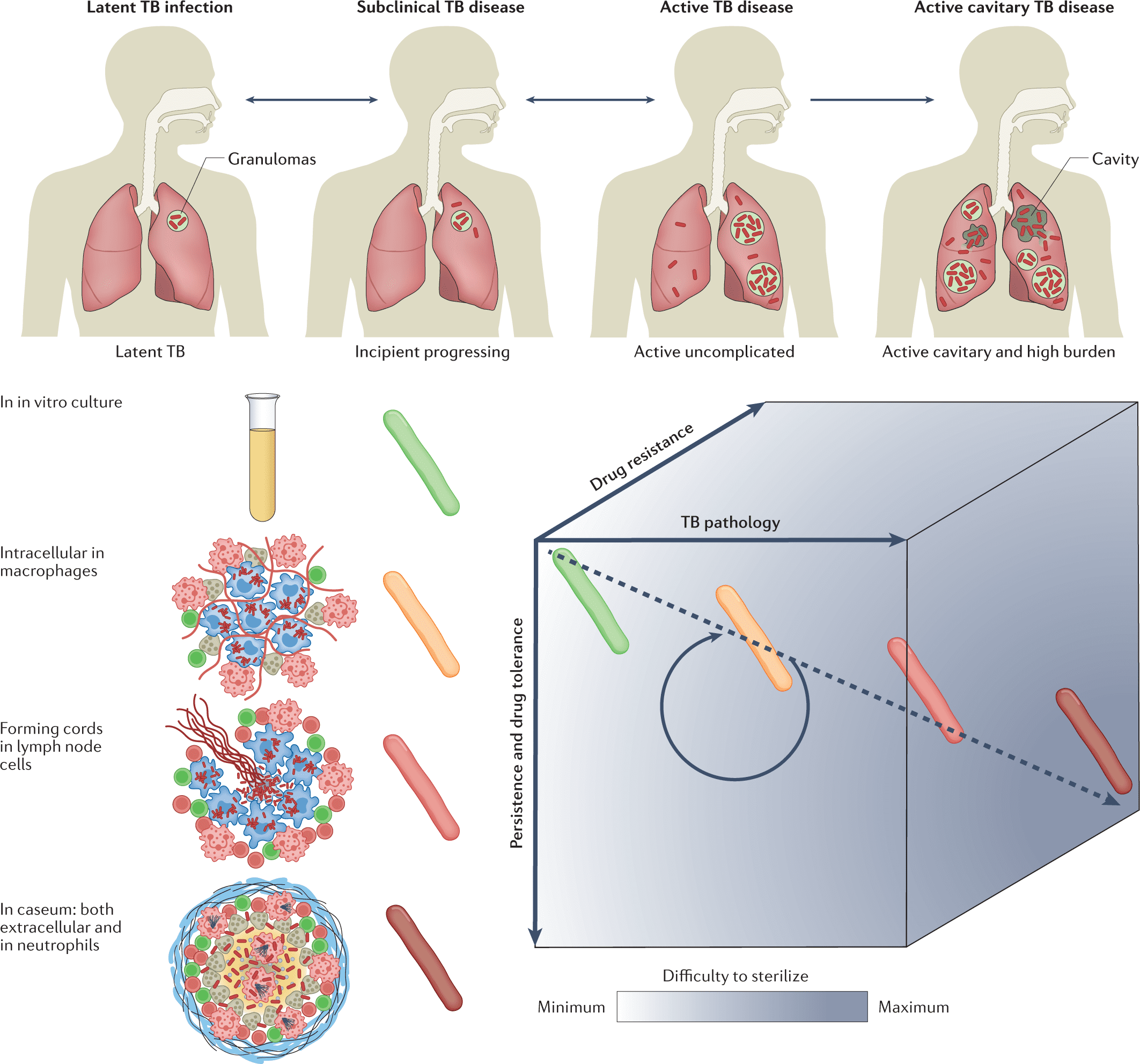 The study published in Nature Reviews Microbiology this week suggests that the preclinical and clinical anti-tuberculosis treatment methodologies depicted in the review can prompt the selection and assessment of drug combinations and significantly speed up the approval of shorter treatment regimens.

Be that as it may, the drug candidate pipeline is promising, owing to cooperative initiatives including academia, the pharmaceutical industry, and non-for-profit associations.

This extraordinary achievement accompanies the innate challenge of focusing on multidrug regimens for clinical trials and revamping trial designs to speed up regimen development and capitalize on drug discovery breakthroughs.

Most needed are markers of progression from latent infection to active pulmonary disease, markers of drug response and predictors of relapse, and in vitro tools to reveal synergies that decipher clinically and animal models to dependably assess the treatment shortening capability of new regimens.

In this study, the scientists feature the advantages and difficulties of ‘one-size-fits-all’ regimens and treatment span versus individualized therapy given disease severity and host and pathogen characteristics, taking into consideration of the scientific and operational viewpoints.

The Nobel Prize-winning discovery of streptomycin has empowered the treatment of a few infectious diseases, including tuberculosis (TB). From that point forward, numerous more up-to-date antibiotics have been combined into anti-tuberculosis drug treatment regimens that have saved many lives.

Nonetheless, despite the progress in the past, until the emergence of SARS-CoV-2, TB was the primary source of infectious disease mortality around the world, with more than 1 million deaths every year.

Although the ongoing standard treatment for TB is powerful, it is also cumbersome. Patients with uncomplicated drug-susceptible TB are required to take multiple antibiotics for a long time, around six months.

Since compliance is inconsistent, WHO suggests that this be directly regulated, adding a colossal layer of infrastructure to an exceptionally lengthy treatment program.

With the ascent of drug resistance, treatment failure rates have expanded alongside additional toxic treatments that are far more expensive.

Further developed interventions could considerably affect our capacity to decrease the morbidity and mortality related to the disease and restrict additional spreading, as the treatment of active TB is the major modality for forestalling transmission in most of the world.

The TB regimen development has reached an astonishing point now. For the first time in forty years, a 4-month routine containing rifapentine and moxifloxacin was found non-inferior compared to the standard half-year routine in the treatment of drug-susceptible TB at the 12-month follow-up.

In 2019, the initial half-year routine was approved for the treatment of multidrug-resistance (MDR) and extensively drug-resistant (XDR) TB, containing just three drugs with two novel mechanisms of activity: bedaquiline, pretomanid, and linezolid.

However, more limited, better endured, and more fruitful treatments are required for all patient populaces. Achieving this would require both new antibiotics and new combinations of approved drugs and clinical candidates.

The counter TB drug pipeline is in solid shape as of now compared to a decade ago, with both repurposed and repositioned antibiotic classes as well as drug candidates that act by employing novel mechanisms of activity.

On account of this achievement, the main research focus has turned into the prioritization of promising drug regimens. Even though there is a lot of active research work and development going around this area, one significant constraint is the lack of validated in vitro and animal models that anticipate the progress of drugs and drug combinations.

The study focuses on the uneven distribution of TB burden and disease spectrum all over the world and its implication for treatment strategies and difficulties. The scientists review new technological advances in mycobacteriology, their effect on TB drug discovery and development, and where knowledge gaps remain.

The scientists propose that the fundamental and preclinical research priorities will speed up the advancement of curative drug regimens.

The Priorities of Drug Development for TB

The limitations of TB treatment can be credited to four significant difficulties:

Although the division into such expansive regions might seem excessively schematic, it gives a valuable beginning point where future research could concentrate and recognize drug advancement priorities.

The repercussions of the COVID-19 outbreak have proactively clarified that we will probably not arrive at the targets of the WHO’s end TB strategy, which calls for an 80% decrease in TB incidence and a 90% decrease in TB deaths by 2030.

Much under additional favorable conditions, these objectives are, in many cases, considered a hopeful situation given the logistical complexities of a 6-month multidrug routine and the poorer treatment results in the setting of antibiotic-resistant disease.

More limited and more compelling treatments could get us quite far towards these millennium goals, yet this will require many years, assuming we are to depend on the traditional methodology of iterative enormous clinical trials with slight incremental variations in drug regimens.

Forward leaps will come from transformative trial designs and rationally designed regimens with novel mechanisms of activity. The outcome of bedaquiline-pretomanid-linezolid for MDR and XDR M. tuberculosis is one promising effort in that direction and has given a backbone to limitless varieties that can be investigated.

The scientists confidently suggest in the review that the preclinical and clinical methodologies they depicted can prompt the selection and assessment of drug combinations before the development cascade and significantly speed up the approval of shorter treatment regimens.

Sociological changes, for example, breaking down barriers among collections of the scholarly community, non-governmental organizations, funders, and drug sponsors favor collaborative actions that strengthen the discovery of leading-edge drug candidates.

However, actually speeding up drug development would require changes at all levels, from sustainable funding of essential and applied research to modernized clinical trials.

Furthermore, at last, we could wind up with more personalized treatment, which would involve wide changes in the way we convey care to the majority of the world. For the time being, significant challenges remain, yet change has already come, and there is cause for confidence with a solid portion of authenticity.