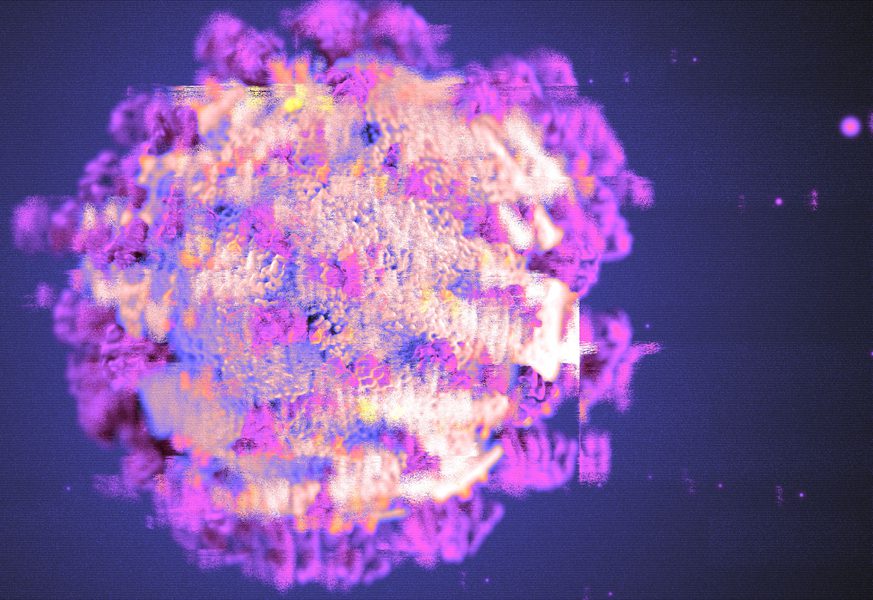 According to a computational study carried out by researchers at MIT, several mutations in the virus’ spike protein enable it to dodge antibodies that target SARS-CoV-2.

A new study published in the journal Cell Reports Medicine shows that the Omicron variant’s spike protein has dozens of mutations that let it elude all four types of antibodies that can attack the SARS-CoV-2 virus that causes Covid-19.

“This includes antibodies generated by vaccinated or previously infected people, as well as most of the monoclonal antibody treatments that have been developed”, said Ram Sasisekharan, lead author of the paper and Professor at MIT.

The researchers acquired a comprehensive perspective of how the virus evades antibodies by using a computational technique that permitted them to assess how altered amino acids of the viral spike protein impact surrounding amino acids. According to Sasisekharan, the typical technique of merely looking at changes in the virus’ genetic sequence simplifies the three-dimensional surface of the spike protein. It ignores the multidimensional complexity of the protein surfaces that antibodies seek to attach.

“It is important to get a more comprehensive picture of the many mutations seen in Omicron, especially in the context of the spike protein, given that the spike protein is vital for the virus’s function, and all the major vaccines are based on that protein,” he says. “There is a need for tools or approaches that can rapidly determine the impact of mutations in new virus variants of concern, especially for SARS-CoV-2.”

“Even though Omicron can evade most antibodies to some degree, vaccines still offer protection”, says Sasisekharan. He further said, “What’s good about vaccines is they don’t just generate B cells, which produce the monoclonal [antibody] response, but also T cells, which provide additional forms of protection.”

Following the emergence of the Omicron variant last November, the researchers began analysing its trimeric spike protein using a network-based computer modelling approach they had created some years before to examine the hemagglutinin spike protein on flu viruses. Their method allows scientists to establish how mutations in the genetic sequence are connected in three-dimensional space via a network of inter-amino-acid interactions that significantly influence the viral protein’s structure and function.

The method used by the researchers, known as amino acid interaction network analysis, assesses how one altered amino acid might affect surrounding amino acids based on how “networked” they are — a measure of how much a specific amino acid interacts with its neighbours. According to Sasisekharan, this gives more information than merely evaluating individual alterations in the one-dimensional amino-acid sequence space.

The researchers previously used this method to figure out how alterations in an avian flu virus’s hemagglutinin protein may aid the virus’s ability to infect humans. In that investigation, the team discovered mutations in hemagglutinin that might alter its structure and allow it to interact with receptors in the human respiratory system.

When Omicron appeared, with roughly three dozen mutations on the spike protein, the researchers wanted to test the variant’s potential to escape human antibodies quickly using their approach. They concentrated their investigation on the receptor-binding domain (RBD), which is the region of the spike protein that antibodies target. The RBD is also a component of the viral protein that permits the virus to connect to human ACE2 receptors and enter cells.

The researchers used their network modelling technique to investigate how each RBD mutation affects the protein’s structure and interactions with four classes of human antibodies that target SARS-CoV-2. Antibodies of class 1 and 2 bind to the RBD site that binds to the ACE2 receptor, whereas antibodies of class 3 and 4 attach to other regions of the RBD.

“With Omicron you can see a significant number of sites being perturbed compared to Beta and Delta,” Sasisekharan says. “From the original strain to the Beta strain, and then the Delta strain, there is a general trend towards a greater ability to escape.” These changes enable the virus to resist antibodies produced by vaccination or prior SARS-CoV-2 infection and several monoclonal antibody therapies developed by pharmaceutical firms.

Researchers and pharmaceutical firms tried to guide therapy by anticipating which antibodies were most likely to retain their potency against the new variety when patients with Omicron infections began to arise.

Pharmaceutical firms expected their monoclonal antibodies to bind Omicron and retain their efficacy based on one-dimensional sequencing and single point mutation assessments. When experimental data became available, the Omicron variant was shown to be significantly resistant to monoclonal antibodies ADG20, AZD8895, and AZD1061, as anticipated by the network analysis in this study. At the same time, monoclonal antibody S309’s activity also had a threefold reduction.

Furthermore, some of the changes in the Omicron variant make it more probable that the RBD will exist in a configuration that makes it easier to grip onto the ACE2 receptor, which may contribute to its increased transmissibility, according to the study.

The researchers want to investigate future variants of concern using the tools outlined in this research.

The current study’s findings may aid in the identification of RBD sites that might be targeted with future vaccinations and therapeutic antibodies. The Sasisekharan lab previously developed a therapeutic antibody that neutralised the Zika virus in a powerful and specific manner by targeting the virus’s densely networked envelope surface protein. Sasisekharan intends to discover RBD areas where mutations would be detrimental to the SARS-CoV-2 virus, making it harder for the virus to escape antibodies targetting particular regions.

“Our hope is that as we understand the viral evolution, we’re able to hone in on regions where we think that any perturbation would cause instability to the virus so that they would be the Achilles heels and more effective sites to target,” he says.

The team believes that developing combinations of antibodies that target multiple sections of the spike protein may be important to generate more effective antibody therapies. According to the lead researcher, those combinations would almost certainly need to contain class 3 and 4 antibodies, which appear to provide the virus with fewer escape pathways.