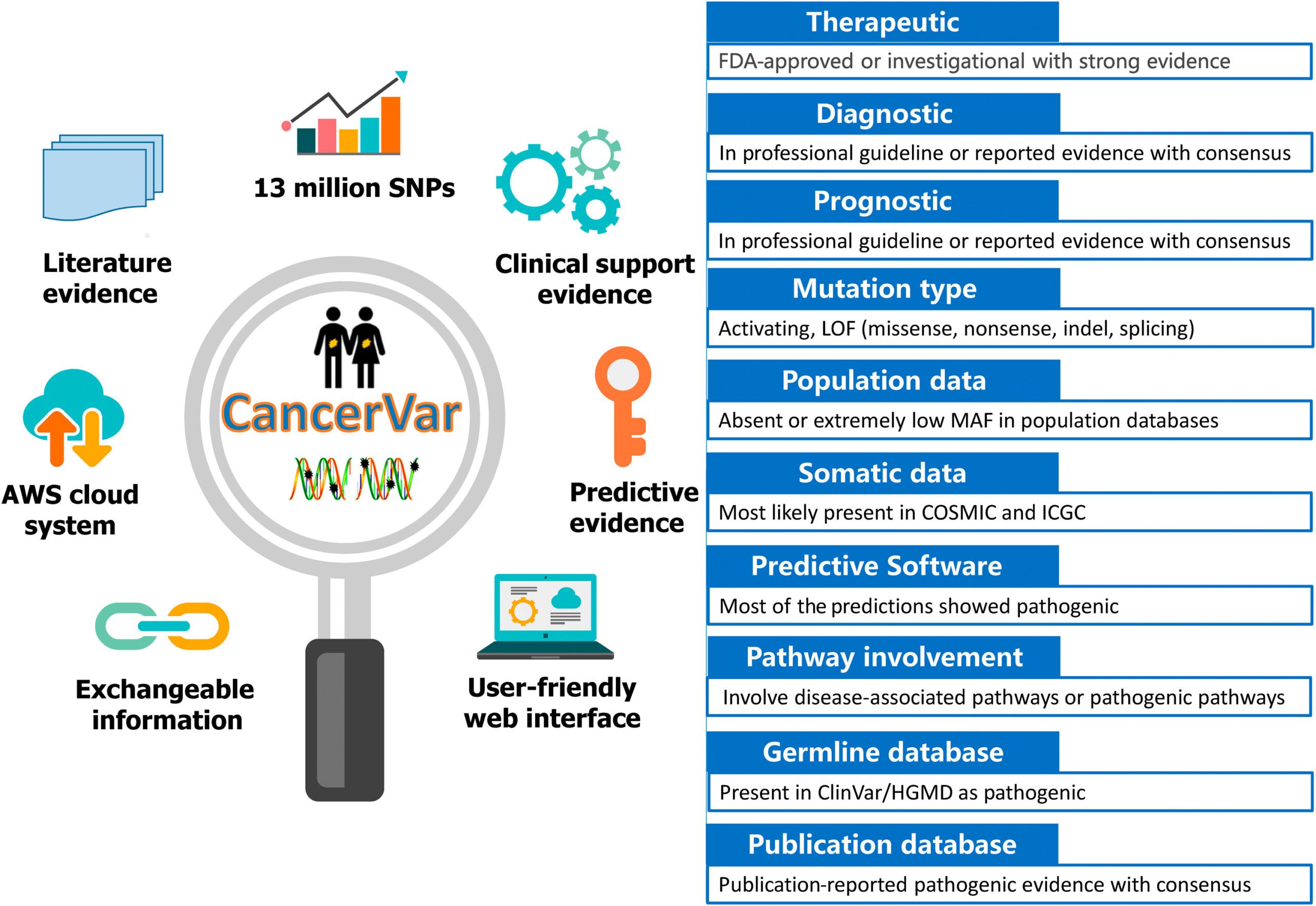 Researchers at Children’s Hospital of Philadelphia (CHOP) developed CancerVar, a novel machine learning empowered tool to interpret somatic variants in cancer. CancerVar can be accessed either as a web server or a command-line software tool, giving polished and semiautomated clinical interpretations of somatic cancer variants.

Numerous knowledge bases are curated manually for supporting clinical interpretations of thousands of areas of interest in somatic mutations of cancer.

In any case, discrepancies or, in any event, conflicts of interpretations are seen among the knowledge bases. Besides, numerous undocumented mutations might clinically or functionally affect cancer but are not systematically interpreted by existing knowledge bases.

To address these difficulties, the scientists developed CancerVar to facilitate automated and standardized interpretations for 13 million somatic mutations given the AMP/ASCO/CAP 2017 guidelines.

The scientists further introduced a deep learning framework for the prediction of oncogenicity for the variants by the utilization of both functional and clinical features.

In outline, by the integration of clinical guidelines, with a deep learning framework, CancerVar facilitates clinical interpretations of somatic variants, lessens manual work, further develops consistency in variant classification, and advances implementation of the guidelines.

Albeit clinically relevant, understanding somatic variants is not a standardized practice, and different clinical groups frequently produce unique or, in any event, conflicting outcomes.

To standardize the clinical interpretation of somatic variants in cancer and support effective clinical decision making, the Association for Molecular Pathology (AMP), American Society of Clinical Oncology (ASCO), and College of American Pathologists (CAP), together with proposed standards and guidelines for the understanding and detailing of somatic variants, ordering substantial variations into four levels:

These AMP/ASCO/CAP 2017 rules integrate 12 bits of evidence, including:

Discordance in Agreement Rates of Reclassification of Variants

The first overall observed agreement was just 58%; while giving similar evidential information of variants to the pathologists, the agreement rate of reclassification expanded to 70%.

The reasons behind such discordance are as per the following:

Standardization of Interpretation of Somatic Variants

For the standardization of the interpretation of somatic variants across multiple knowledge bases, an all the more recently published knowledge base, MetaKB from The Variant Interpretation for Cancer Consortium, has accumulated evidence in view of the AMP/ASCO/CAP 2017 guidelines.

In any case, this MetaKB knowledge base likewise has the accompanying constraints:

Albeit some meta-examination tools, for example, deleterious annotation of genetic variants using neural networks (DANN) and DriverPower, were subsequently evolved to focus on functionally significant variants utilizing more comprehensive functional scoring features as input, they have limitations in jointly modeling clinical impact features in view of the AMP/ASCO/CAP guidelines.

Since the guidelines will quite often be conservative (“negative diagnosis” is preferred to “wrong diagnosis”), a greater number of variants than predicted were misinterpreted as VUSs.

Moreover, the AMP/ASCO/CAP guidelines just designate seven functional impact prediction tools, like MutationAssessor, as the officially suggested tools, and just the variant from majority voting can be thought of “with clinical significance,” which misrepresents the heterogeneity of predictions of functional consequence in cancer progression.

Although utilizing existing tools might be valuable in the prediction of the overall impacts of cancer driver genes, it may not be ideal for focusing on novel mutations in these genes.

Notwithstanding the in silico predictive techniques above, interactome network approaches stand out for identifying oncogenic variants in cancer through genotype-phenotype studies.

To address these difficulties and improve automated clinical interpretations of somatic variants in cancer, there is a major need for strong and accurate computational strategies utilizing both clinical evidence and functional impact score features.

The scientists recently developed the standalone software named VIC written in Java, which was among the primary tools for interpreting clinical effects of somatic variants utilizing a rule-based scoring system based on 12 criteria of the AMP/ASCO/CAP 2017 guidelines.

Clinical interpretation of cancer somatic variants is significant for clinicians and researchers working in the field of precision oncology, particularly given the transition from panel sequencing to whole exome/genome sequencing in cancer genomic studies.

To assemble a standardized, quick, and easy-to-use interpretation tool, the scientists developed command-line software tools along with a web server to evaluate the clinical effects of somatic variants utilizing the AMP/ASCO/CAP 2017 guidelines.

In conclusion, CancerVar is both a web server and a command-line software tool that gives polished and semiautomated clinical interpretations for somatic variants in cancer.