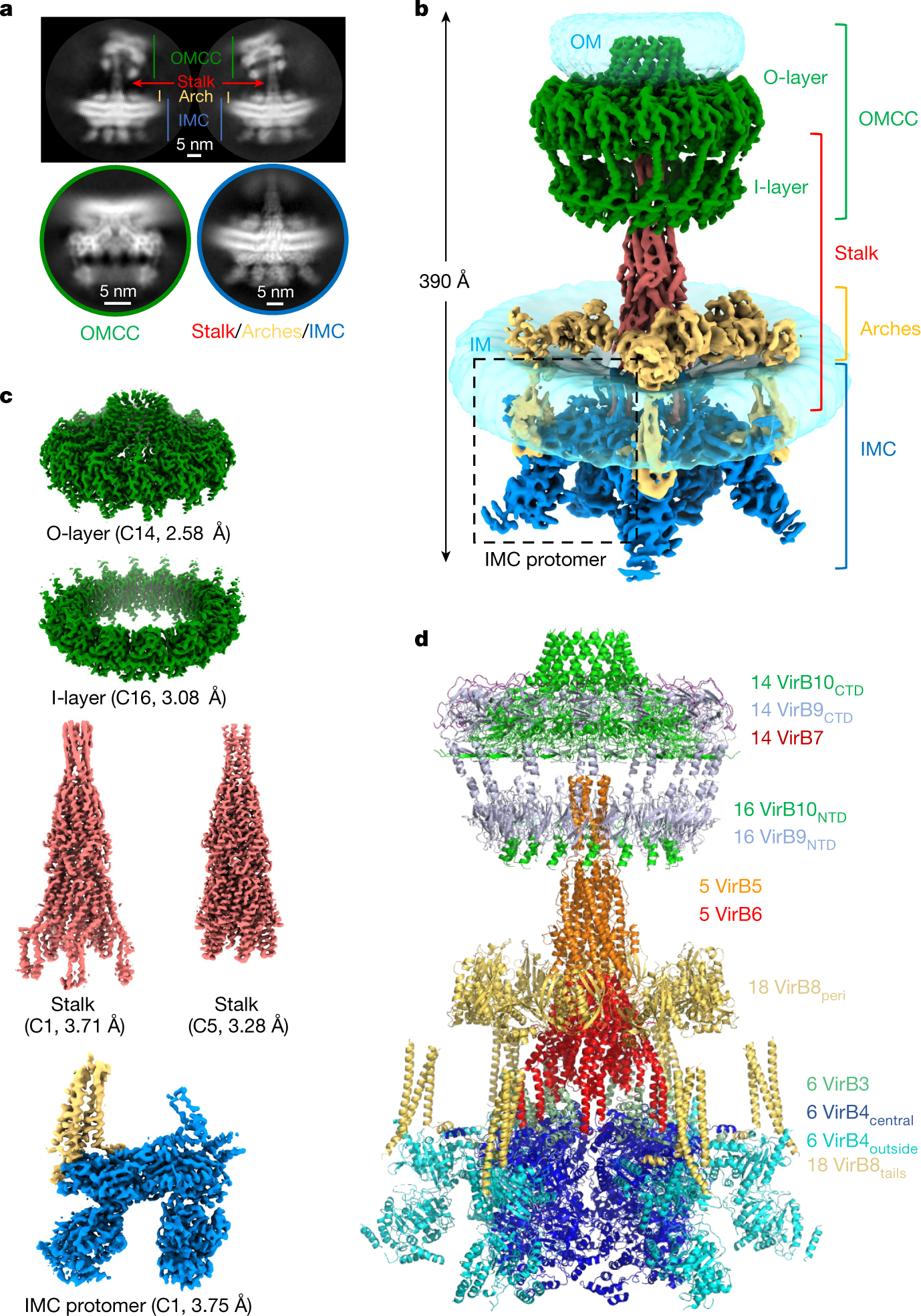 A group of researchers from UCL and Birkbeck has discovered a novel strategy to help limit the spread of antibiotic resistance, which has the potential to have a huge worldwide impact on millions of people’s lives.

The groundbreaking study, which was published in Nature, revealed for the first time the structure of the transport mechanism that allows bacteria to exchange genes for antibiotic resistance.

Antibiotic resistance develops naturally, but excessive and inappropriate use of antibiotics in humans and animals is hastening its growth, endangering the capacity to cure common infectious diseases.

Bacterial conjugation is the essential method of DNA or frequently plasmid DNAs unidirectional transfer from a donor cell to a recipient cell. It is the main way that bacteria populations acquire antibiotic resistance genes.

The conjugative type IV secretion system (T4SS), made by the donor cell and integrated into its outer and inner membranes, is a large transport system that mediates conjugation in Gram-negative bacteria. The conjugative pilus, a lengthy extracellular filament generated by the T4SS, is crucial for DNA transfer.

The researchers describe the high-resolution structure of a 2.8 megadalton T4SS complex made up of 92 polypeptides that correspond to 8 of the 10 crucial T4SS components involved in the biogenesis of pilus.

Utilizing co-evolution analyses of protein interfaces, the researchers added the final two parts to the structural model, allowing for the reconstruction of the entire system, including the pilus.

This structure illustrates the extraordinarily complex network of protein-protein interactions needed to put together the various parts of a T4SS and sheds light on how specifically they build pili.

The development of anti-conjugation strategies, such as the creation of pilus assembly inhibitors, that could control the spread of antibiotic resistance genes among pathogens is made possible by the structure of conjugative pili, which are essential appendages without which DNA transfer among bacterial populations would not occur.

Scientists can find strategies to stop the spread of antibiotic-resistant genes by studying how bacteria exchange genes or they can use the transport process to deliver advantageous genes to higher organisms.

According to Professor Gabriel Waksman (UCL Structural & Molecular Biology and Birkbeck, University of London), the study’s lead author, antibiotic resistance is a worldwide epidemic that poses a threat to healthcare systems around the globe. The World Health Organization proclaims antibiotic resistance as one of the most significant challenges to global health, food security, and development today.

This research provides a clear understanding of how antibiotic resistance spreads among bacterial populations. Further, the researchers plan to focus on how the transport system functions to transfer genes as the structure of the transport apparatus can now be visualized.